Mathematics is one subject that many people fear but cannot help but respect. Everything in the world today requires mathematics from counting to an arrangement to predicting, to mention a few. This is why mathematics is a compulsory subject in junior and senior high schools — because it is in everything people do. So, no junior or senior high school student has a choice in determining whether to take it or not. Mathematics can be difficult sometimes and this can cause a student to ask questions like, “Why did ‘they’ have to invent math?” “Who invented math?” “Is math necessary?” among others.

In this article, you will learn about the history of mathematics and those who invented core areas in this subject. So, keep reading! 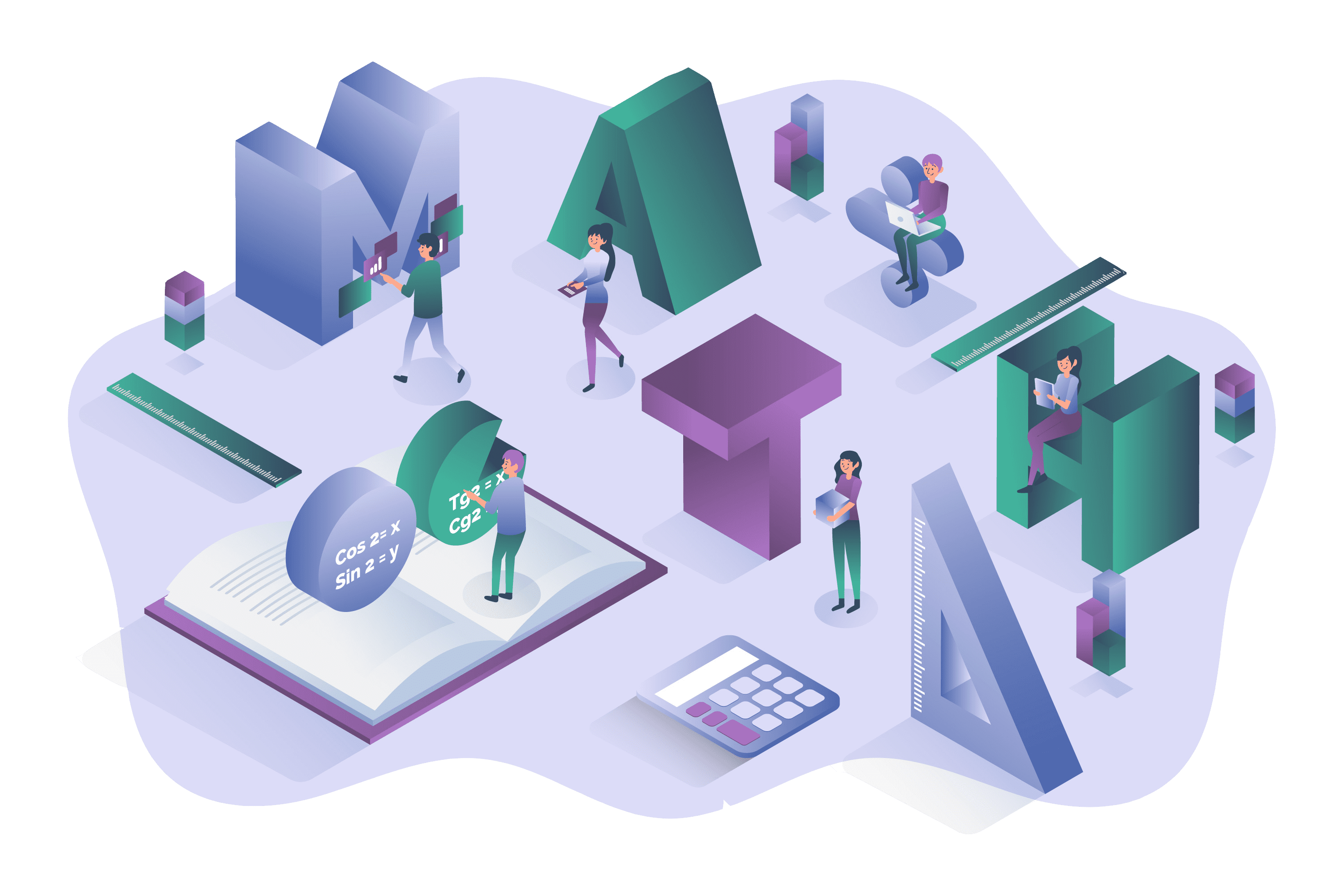 Now, before one can answer this question, one must remember that maths is a broad subject. What this means is that it has different types of studies and one cannot attribute all these studies to one person. It took many creative people to come up with these studies in math for several centuries. In almost every country or tribe, the people used mathematics in one way or the other. Some used it to count, some used it to measure time, some used it for military strategies, etc.

So, it is safe to say that math is as old as man or even time itself. Thus, there is no individual who single-handedly invented math. However, as this article has mentioned before, there are different inventors of the many studies in math. In the next sections, you will find out who these people are so keep reading.

Who Invented Zero in Math?

Zero is the first number in the number system. In English, zero means “nothing” but in math, zero counts. One zero could make the difference between a thousand and a hundred thousand dollars. The zero is important in math and this is why finding out who invented it is also as important.

One can trace back the first recorded zero to Sumer, Mesopotamia nearly over five thousand years ago. The Sumerians were one of the earliest writers as they recorded their writing in stone wedges. After the Sumerians, there were traces of records of zero to the Babylonians and the Chinese. These people used zero as a placeholder, which means they used it to differentiate ten from a hundred. For a hundred and thousand years, they used zero to show a space present. Thus, one cannot credit one person or one tribe as the one who invented zero in math.

According to historical facts, the first multiplication tables appeared more than four thousand years ago in Babylonia. Babylonia used tablets of clay to do their mathematics and some of these tablets survived wars and destruction until today.

Babylonian merchants and traders needed higher mathematics to help them with their transactions. Thus, they made clay tablets which they carried about and used for calculations. This is similar to the way business people use a calculator for business today.

However, unlike in today’s world, calculation using the stone tablet was not automatic. These merchants had to memorize them because they counted in powers of sixty. So, they needed to memorize their multiplication up to times table fifty-nine.

One can trace the history of mathematical symbols to Babylonia and ancient Egypt in 3500 B. C. They used these symbols to show numbers and according to history, these came before the written language.

It was in Greece that mathematics symbols for angles, areas, and volumes appeared. The people used lines to show these symbols and rectangles to show the addition of the two symbols.

Descartes was the man who modified mathematical symbols into what they are today. He did this by denoting the final letters of the alphabet and the first letters as well.

G. Leibniz was another mathematician who created differential and integral calculus.

Who Invented Numbers and Letters?

The history of numbers is traceable to the ancient Ishango Bone which researchers found in Africa. The lines on the bones looked like the tally marks of today. Also, the traders in Mesopotamia used numbers for their businesses.

However, Aryabhata and Brahmagupta both Indians were the ones who developed the Arabic numeral system used today. Both these men were from the fifth and sixth century BC respectively.

In Ancient Egypt, records existed which showed that the Egyptians used numbers to measure things. This was important for them as they built pyramids.

For the invention of numbers, one can trace it to the history of the Phoenicians. These people created an alphabet of twenty-two consonants with no vowel. However, as the world evolved, vowels soon became a part of the alphabet.

Who Invented Maths in India?

One cannot mention the invention of math without mentioning India because they had many contributors to this invention. Aryabhata, of ancient India, was the one who gave the first and accurate formula gif calculating the earth’s revolving around the sun. This formula is (a + b) 2 = a2 + b2 + 2ab. Brahmagupta was the one who showed people how to find the cube and cube root as well as the squares and square roots. Srinivasa Ramanujan was the one who invented continued fractions, infinite series, products of hypergeometric series, and partial sums.

Dattatreya Ramchandra Kaprekar was the one who created the many classes of natural numbers. The constant “K” was also named after him. Harish-Chandra FRS contributed immensely to the representation theory, his major focus was creating the semisimple Lie harmonic analysis.

Who Invented Math and Science?

You now know the inventors of math but what about science? Many modern-day scientists consider Aristotle as the father of science although some say there were scientists before him. Aristotle was the one who introduced logic, inquiry, observation, and demonstration. These are core principles of science.

For a long time, people believed that Parmenides, the Greek philosopher invented logic. However, history shows that he never studied any arguments that he used.

Zeno, Parmenides’ mentee, was one of the first people to use logic. He even authored a collection of arguments titled “Zeno’s Paradoxes” in which he established reductio and absurdum. Reductio and absurdum is an argument that shows an attempt to lay a claim to which its opposite would lead to a contradiction.

What is Mathematical Logic?

Mathematics experts generally agree that Greece was the first country that had organized mathematics. However, India is the country with the most and greatest contributors to math. It was in India that the mathematicians developed the decimal system which teachers and students use all over the world today.

Who invented math? Now you know that math had many contributors to its invention. However, ancient Greek was the country that founded it and India has the most contributors.